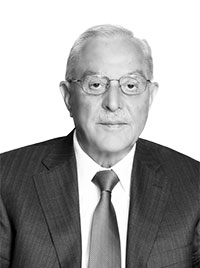 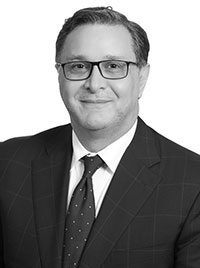 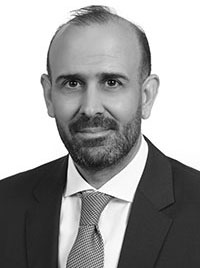 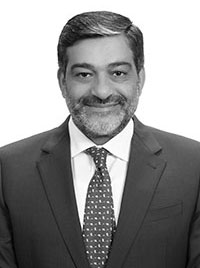 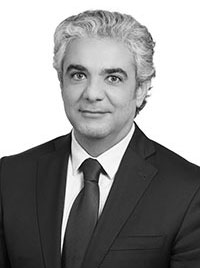 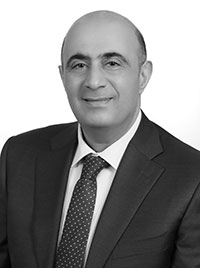 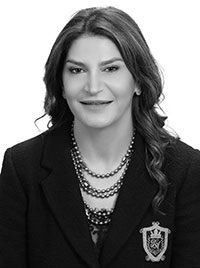 H.E. Ahmad Obeidat founded in 1985. A former Prime Minister, Intelligence Chief, Minister of Defense and Minister of Interior, he is an expert in legislative and reform policy, constitutional law, environmental law, human rights law and security. His Excellency's expertise in governance stems from decades in public service. He is a pioneer in the advancement of democracy, human rights and the rule of law in Jordan, and is considered one of the early environmentalists of the region.

As Prime Minister and Minister of Defense, His Excellency pursued an anti-corruption and accountability reform agenda.

Thamer is the Managing Partner of Obeidat Law and is currently acting as regional counsel to some of the biggest corporations operating in the region.

Thamer has extensive experience in public and private mergers and acquisitions, IPOs, acquisition finance, project finance, Islamic finance, and commercial arbitration. In addition, he is highly regarded in cross-border and multi-jurisdictional transactions where he has advised clients on multi-billion-dollar transactions.

Chambers Global describes Thamer as “a prominent practitioner with a strong foothold in the Jordanian market. He has extensive experience in commercial contracts and IPOs, with added expertise in cross-border M&A deals.” Sources especially note his in-depth knowledge of matters in the telecoms sector.

Prior to joining Obeidat Law, Thamer was an associate at White & Case's New York office from 1988 until the end of 1991. Thamer is a member of both the Jordanian Bar Association and the New York Bar Association.

Ward is a very experienced attorney focusing on corporate transactional work in the areas of project finance and conventional banking transactions. Ward has advised and represented lenders and borrowers on a large number of transactions and has particular experience in the conventional and renewable energy sectors in Jordan. Ward's expertise extends to advising on term sheets, project agreements, loan documentation and the security package for each project, including the drafting and negotiation of local security documents and taking such projects to financial close.

Chambers Global describes Ward as “often seen advising international financial institutions on a host of financing matters. He also works on a plethora of corporate deals and is well respected by his fellow practitioners.”

Nizar has a wealth of experience advising on corporate commercial and intellectual property matters.

His corporate commercial experience includes acting for foreign clients on acquisitions of local entities and has in the past advised GCC-based clients in relation to their interest in acquiring and restructuring Jordanian companies in the IT, food and beverage and education sectors.

Hussam is described by Chambers Global as "possessing a deep understanding of energy projects and is regularly seen on M&A transactions as well. He mainly acts for multinational companies and banks. Sources regard him as a very "knowledgeable" member of the team."

Sufian is an expert in commercial arbitration and constitutional law.

He has acted for government bodies, multinational corporations and international financial institutions in complex international arbitration proceedings and has acted both as a party-nominated arbitrator and a sole arbitrator in disputes involving public and private clients, including the Ministry of Public Works and Housing, construction companies and others.

Prior to joining Obeidat Law, Sufian was an associate at White & Case in the Washington, DC office from 2000 to 2001. Before that, he was Managing Partner at Abu Ghazaleh Intellectual Property from 1992 to 1997.

Sufian is also a prominent researcher in constitutional reform, security sector reform, civil liberties and individual freedoms, and is a founding member and President of the Arab Association of Constitutional Law.

He published the following articles:

Mudar is a veteran litigator with more than 27 years of practice. Mudar also has extensive experience in commercial arbitration. His areas of expertise include general civil and commercial litigation, banking, labor, insurance and tax disputes. Before joining our firm, Mudar was an associate at another top Jordanian firm.

Sanaa started her legal career at the legal department of the Arab Bank in Amman and spent seven years in Ramallah within the territories of the Palestinian National Authority working as a corporate lawyer, in addition to being engaged on a contractual basis to perform research on Palestinian administrative, constitutional and arbitration law issues before returning to Jordan in 2006 and rejoining Obeidat Law. She advises several of the firm’s ongoing clients operating in a wide range of areas, including banking and finance, education, pharmaceuticals, food and beverage manufacturing and distribution and construction contracting. In addition, she has developed a wealth of experience in general commercial practice, mainly focusing on contracts, employment-related issues, franchise and distributorship agreements, competition and intellectual property matters.

In addition, Sanaa has served in the past as a member of a team retained as counsel to the Government of Jordan and the World Bank for drafting a leasing and secured financing law, provided assistantship in the production of the Jordan chapter in two editions of the Yearbook of Islamic and Middle Eastern Studies published by Kluwer Law International and the Center of Islamic and Middle Eastern Law at SOAS, University of London. She has also contributed to The Palestine Yearbook of International Law (published by Kluwer Law International), Herbert Smith's Guide to Dispute Resolution in the Middle East and Middle East Fraud Bribery & Corruption Guide as well as Chambers Employment Global Practice Guide and Chambers Life Sciences Guide.